Funeral traditions in Vietnamese culture can vary based on religious beliefs. Regardless of customs, the focus of the service is to respectfully farewell a loved one. The following guide outlines everything you need to know about Vietnamese funeral traditions.

How Long are Vietnamese Funerals?

Traditional Vietnamese funerals are multi-day events that last anywhere from one to three days or more. This usually includes a wake, mass or prayer service, and burial or cremation.

In Vietnam, it is common for the deceased to remain at home after their death until the funeral. Where there is limited space or for most Vietnamese living in western societies, the family will engage a funeral home to assist with proceedings. The key steps include:

Contrary to standard black attire adorned in western cultures, the immediate family of the deceased traditionally wear white headbands during a Vietnamese funeral. They will usually adorn white clothing or shrouds as well. This is done to signify respect and to show mourning. More distant relatives such as grandchildren may wear yellow headbands.

Vietnamese Funeral Etiquette – What to Do & Not to Do

Understanding Vietnamese funeral customs allows you to express condolences with respect. While beliefs vary between individuals, the most common etiquette standards are outlined below.

How to Act at a Vietnamese Funeral

There are no unique expectations of conduct at a Vietnamese wake and funeral. While you should refrain from cheerful behavior, this is consistent with any western funeral service.

As Vietnamese funerals will likely have some unique customs, you should respectfully observe them and feel no pressure to engage. When in doubt, observe how the family behaves during the funeral and be guided by them.

What do I Say? Vietnamese Sympathy Message

If you are able to speak Vietnamese, then some sympathy messages include:

If you do not speak Vietnamese, then general condolences will be welcomed by the grieving. A simple line such as “I’m deeply sorry for your loss” is appropriate.

What Do You Give at a Vietnamese Funeral?

Those attending a Vietnamese funeral usually provide gifts as a gesture of sympathy. Flowers, money, or food are commonly shared with grieving families.

While offerings will be much appreciated, do not feel pressured to give anything as your presence will be welcome enough. This is particularly true if you are not of Vietnamese ethnicity yourself.

What Do You Wear to a Vietnamese Funeral?

What Flowers are Appropriate for a Vietnamese Funeral?

There are few conventions around floral gifts as with western funerals. However, you are best placed to avoid red flowers as this color is reserved for happy occasions such as the new year.

The most gifted funeral flower in Vietnamese culture is the white lotus. This symbolizes the pure cyclical nature of life. If the lotus is unavailable then any white or yellow flower (if the deceased is elderly) will be appropriate. Many also choose to arrange the display as a wreath so that it can be draped over the coffin.

Can I Take Photos at a Vietnamese Funeral?

While you should refrain from using your phone for leisure during the service, it is acceptable to take photos and videos during the funeral. The deceased is viewed with similar reverence to the living and so the same norms for taking pictures apply. As a courtesy, ensure that your phone remains silent when in use.

Should I Attend if I am Pregnant?

Many superstitions surround pregnant women in Vietnamese and wider Asian culture. In general, it can be viewed as offensive or bad luck for an expectant mother to attend a Vietnamese funeral. This is due to a range of beliefs such as the risk of the deceased’s spirit entering the baby, or the mourning causing the child to be a “crier” following birth.

The best approach is to consult the family before the wake or funeral. They will appreciate the opportunity to be open about their beliefs without offending you.

There are many Vietnamese superstitions that are evident following a death. These somewhat uncustomary views or actions arise from cultural beliefs, with some including:

It is important to note that superstitions vary between religions and regions (e.g. North and South Vietnam have different approaches). While some people are avid believers, a large majority of Vietnamese people remain indifferent to these views.

Knowing what to expect at a Vietnamese funeral is largely influenced by religion. According to Staticia, 14.9% of the population are practicing Buddhists while 7.3% are Roman Catholic. The rest of the country is divided between atheism and smaller religious groups. Here we focus on the largest two congregations and their funeral rites.

With Buddhism being the most common religion in Vietnam, traditions are widely practiced across the country. The main Buddhist customs you may observe at a Vietnamese funeral include:

You will find that many of the funeral customs in the Catholic faith overlap with those of Buddhism. Ancestral worship which includes the use of an altar with pictures, incense, and various food offerings is an example of this. The main Catholic traditions observed in a Vietnamese funeral include:

Do Vietnamese believe in reincarnation?

Whether a Vietnamese person has this belief is influenced by their religion. Those following Buddhism (14.9% of the population) believe in reincarnation, however, the majority of the country is atheist and do not have firm views on this.

How do Vietnamese celebrate death?

In Vietnam, a death anniversary is viewed as a celebration of life and a festive occasion. The family of the deceased will prepare a banquet to share and visit the grave of their loved one to pray. These “giỗ” days occur yearly or more often depending on religion and beliefs.

Do we need to give money at a Vietnamese funeral?

While it is common practice to give money in an envelope to assist with funeral costs, it is not mandatory to do so. Those attending a Vietnamese funeral may choose to offer flowers, food, or verbal condolences to the grieving. 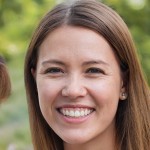 Kate Tran
Kate is a qualified psychologist (M.A. Psych) by day and writer in the late evenings. When she is not trying to configure websites, Kate can be found walking in nature with a coffee firmly in hand.

Picking Burial Clothes – How to Dress the Deceased?

What Should I Write? 100+ Headstone Inscriptions for Parents