Based on the Christian Bible, Jehovah’s Witnesses are a religious sect known for door-knocking and prophesizing the end of the world. More than 8 million worldwide members of the Church follow the doctrines of their governing body, the Watchtower Bible and Tract Society. While scriptures are based on Christianity, followers have distinct beliefs that God is one person and not a trinity.

In line with their Bible teachings, Jehovah’s Witnesses refrain from various social practices. They do not celebrate pagan holidays such as birthdays or Easter, vote, gamble, or smoke cigarettes. Given the latter, some may be curious about funeral customs when faced with the death of a friend who practiced the faith. This article details what you can expect when attending a Jehovah’s Witness funeral.

In contrast to mainstream Christianity, Jehovah’s Witnesses do not believe in an eternal spirit after death or Hell. Those who have passed are said to lie unconscious until the end of the world, when 144,000 worthy disciples will be resurrected to heaven.

As they are taught to look forward to resurrection in a “paradise earth”, the passing of a member is not viewed as the end. This view is reflected in how a Jehovah’s Witness funeral is run, with excessive mourning or emotive displays of sadness being uncommon. It is also why customs such as funeral wakes, sacrifices for the dead, and death anniversaries are usually avoided.

When the death of a Jehovah’s Witness is expected, they are visited by their loved ones for support. Elders from the local congregation will also attend to hold prayer sessions and discuss spiritual readings. Apart from this, there are no other death rituals that are distinctive to the sect. While members are not allowed to accept blood transfusions, pain relief is administered as needed to ensure comfort.

There are no special rituals that need to be performed on the deceased in advance of the funeral. Embalming is often chosen by the family, but this is for the preservation of the body rather than due to religion (e.g. where an open-casket is planned or if the funeral may be delayed).

How do Jehovah’s Witnesses dress the deceased?

The Watchtower Society does not sanction how members of the church should dress the deceased. While decisions about clothing are made by the family, it is generally expected that attire is kept semi-formal and consistent with what the person may have worn to a funeral service themselves.

Visitation and viewing of the body are accepted as part of the normal funeral process. This usually occurs in the funeral home and is scheduled at conventional times.

Do Jehovah Witnesses have Funerals?

Put simply, yes – Jehovah’s Witnesses do have funerals, although they are very basic affairs. Funeral services are kept minimal in line with the belief that death should not be venerated. This is why events such as wakes and funeral receptions are uncommon. You may also notice that religious items such as crosses, candles, and cloth palls are absent.

The typical steps of a Jehovah’s Witness funeral are as follows:

Following a funeral service, the body of a Jehovah’s Witness is transported to the crematorium or to the cemetery for burial. Both forms of final rest are acceptable within the religion. There are no burial customs or requirements as such and this component may be kept private at the family’s discretion.

If chosen, the burial of a Jehovah’s Witness member will occur at any suitable cemetery. This form of interment is viewed as the traditional (though not mandated) method as it was also chosen for Jesus. A short committal or graveside service will then occur before the body is lowered. This usually involves a brief reading of prayers and scriptures by the elder.

Do Jehovah’s Witnesses believe in cremation?

Jehovah’s Witnesses believe that God does not need their bodies for resurrection, and the restoration of life can occur with only the spirit of a person. This means that cremation is a permissible choice for members as no religious principle forbids it.

In addressing their stance on cremation in 2014, Watchtower Magazine further advised, “Christians do well to take into consideration social norms, local sentiments, and legal requirements regarding the disposition of dead bodies (2 Cor. 6:3, 4). Then, whether the body of a deceased person is to be cremated or not is a personal or family decision.” This allows members to review community views on funeral customs to choose a method of disposition.

Can Jehovah’s Witnesses donate their bodies or organs?

While technically permissible, the donation of a body or organs of a Jehovah’s Witness rarely occurs. This is due to their belief that blood should not be shared between individuals. Members are strictly forbidden from accepting blood transfusions when alive, even in dire circumstances.

Where organ donation does occur, the body part must be completely drained of blood prior to the transplant. Given the practicalities of this, it means that the practice rarely occurs even with the consent of the deceased.

Funeral practices within the religion are kept modest and reserved, without a display of economic status. Attendees are expected to mourn the loss of their loved one in a manner that isn’t overly somber. This is in line with the belief that they will one day see the deceased again when the dead are raised in resurrection. While a Jehovah’s Witness is still grieving and sad as many will be after a loss, they are taught that death is not a negative event.

How long do Jehovah’s Witnesses grieve a death for?

There is no mandated time frame for Jehovah’s Witnesses to grieve the deceased. This will vary depending on the person’s loved ones and the circumstances of the death. It is expected that they will mourn a loss as anyone else would, and resume work and social activities whenever they are ready.

Peers of the deceased who are not of the Jehovah’s Witness faith are welcome to attend funeral services held at Kingdom Hall. They may engage in the service to the extent that they are comfortable doing so.

There are no restrictions on how you should conduct yourself during a Jehovah’s Witness funeral. However, discretion should be exercised in respecting the customs of the faith. This means that overt or dramatic displays of grief should be avoided, and any gifts to the family should be kept simple.

Note that the funeral will often be filmed by the congregation elder, but rules can vary on the personal use of cameras and mobile phones which are usually prohibited. Make sure you check with the elder or family members of the deceased before the service.

What to say to a Jehovah’s Witness when someone dies?

Don’t be afraid of saying the wrong thing to a grieving Jehovah’s Witness. As long as you avoid overly pagan statements such as “they are in God’s hands” or “your loved one is in Heaven now”, then a comforting general statement will be received well. A good approach is to say sorry for a person’s loss and acknowledge their sorrow.

You can also choose to share happy memories of the deceased with their family. They may be comforted by knowing about the positive attributes of their loved one. Sometimes the best way to support the grieving is to listen and offer to be there if needed.

What do you wear to a Jehovah’s Witness funeral?

Attendees of a Jehovah’s Witness service should wear dark clothing of a semi-formal nature, no different from that of a Christian funeral or current social norms. For men, this is likely to mean a shirt or suit and tie. Women should wear a conservative dress or modest ensemble.

Should I send flowers for a Jehovah’s Witness funeral?

Sending flowers as a sympathy gift to the loved ones of a Jehovah’s Witness is acceptable. As the religion frowns upon elaborate displays of wealth and status, ensure that any arrangements are modest and free of pagan references (e.g. crosses, wreaths, stars, etc.). In terms of timing, flowers should be sent either before or after the funeral service as they are unlikely to be displayed on the day.

It is appropriate to send a sympathy card to grieving loved ones of a Jehovah’s Witness. Be sure to avoid cards with religious symbolism such as heaven, crosses, or angel imagery. This is also important to remember when reviewing any pre-printed messages inside so there aren’t references to God or spirits. If you are struggling to decide what to write on a card, try to research a scripture or phrase that reflects well on the deceased.

Do Jehovah Witnesses have wakes?

After a funeral service, it is rare for the loved ones of a Jehovah’s Witness to hold a wake or reception. This is because they are taught to honor the deceased through quiet reflection and the hope of resurrection. If a wake does occur, then expect it to be a low-key gathering with no consumption of alcohol.

How soon after death is a Jehovah’s Witness funeral?

There is no protocol or time frame for a Jehovah’s Witness funeral to occur by. Timing will depend on the circumstances of death and how soon arrangements can be made. In practice, most funeral services are held in the first fortnight following a death.

A Jehovah’s Witness will seek to avoid funerals of those outside of their faith that include pagan customs or rituals against scripture. They believe that they practice the truth as it is understood, and interfaith with any other religion would oppose that belief. Given this conflict, members prefer not to attend memorials held at venues such as a church or mosque.

Do Jehovah Witnesses have obituaries?

Yes, Jehovah’s Witnesses publish obituaries if the family chooses to do so and there is no restriction on this practice. Most publications will include basic dates and details about the deceased, along with a bible verse or scripture.

Do Jehovah Witnesses believe in wills? Who is the beneficiary?

Jehovah’s Witnesses believe in wills and are advised to draft this document to bequeath their final assets. They are encouraged to benefit the Kingdom in the event of their death and to leave everything to the Watchtower Society or congregation so as to repay Jehovah. Descendants who have left the faith or are non-Jehovah’s Witnesses are viewed as unworthy of inheritance. 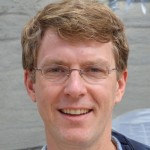 Picking Burial Clothes – How to Dress the Deceased?

What Should I Write? 100+ Headstone Inscriptions for Parents